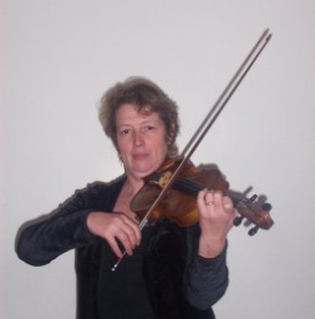 ​Born and brought up in Mid-Wales, Mary studied the violin with Jack Glickman at the Guildhall School of Music and Drama. She began her orchestral career with the BBC Concert Orchestra in London and later played with the Orchestra of Opera North in Leeds. Since having a family, Mary has taught the violin widely, both privately and in schools across Leeds for Artforms, for many years. She now lives and teaches in Otley. Mary has always continued her performing career playing in local free-lance orchestras like Orchestra D'Amici, the Castle String Quartet, 'Summercross' a folk band in Otley and of course  Leeds Haydn Players.